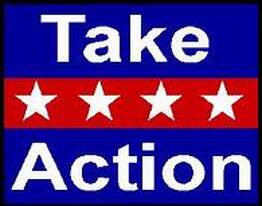 ​The U.S. House of Representatives just passed the so-called Equality Act [H.R. 5 2021]. The bill now goes to the United States Senate for consideration.

This bill is the most aggressive restriction of religious freedom and free speech ever attempted in this nation. Bill Donohue, head of the Catholic League, recently said it is the “the most comprehensive assault on Christianity ever written into law.”

The same bill passed the House last year but died in the Republican-controlled Senate. Now that the Senate is controlled by radical Democrats, the bill has a very real prospect of becoming law. In an article published in Townhall in May, 2019, Robert Knight wrote as follows about essentially this same bill:

It goes far beyond allowing men into women’s sports and locker rooms, as bad as that is. It provides the state with the power to persecute anyone who won’t celebrate any aspect of the LGBTQ agenda.

Far from merely expanding civil rights categories, it turns any recognition of the differences between the sexes or any preference for traditional sexual morality into actionable “hate,” creating fertile grounds for lawsuits.

“It is the most dangerous bill to freedom of speech and the free exercise of religion that has ever been proposed on a national level,” says Houston Baptist University Prof. Robert Gagnon, an expert in biblical sexual morality. “It will codify into law that you are a bigot, the moral equivalent of a racist, tantamount to being a member of the Klu Klux Klan, who must be shut out of society and, wherever possible, harassed and persecuted for your beliefs.”

In other words, it would criminalize Christianity, an ongoing process that got a big boost from the Supreme Court’s 2015 ruling on same-sex “marriage.”

Our friends at the Centennial Institute here in Colorado explain what could result if this bill is passed by the U.S. Senate:

Every American who believes in freedom must act NOW to stop this bill from becoming law. Would you join me in contacting your United States Senators to tell them to vote NO on the Equality Act?

Visit senate.gov/senators/senators-contact.htm to find your Senator, and contact them today.